How Can A British Tabloid Do This Story About Horrifying Dysfunction in NYC's Criminal Justice System But The 'New York Times' Cannot? 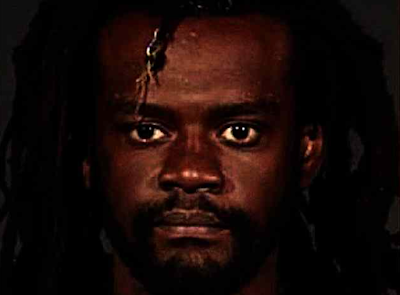 Another silent salvo in the NYT's "War On Noticing," as per the Daily Mail.

A serial burglar in New York City who has been arrested 19 times in the past eight months was free on bail when he broke into a child's bedroom and molested her this week.

Raymond Wilson, 31, was detained this week after allegedly breaking into a Greenwich Village home and rubbing his exposed genitals on a 10-year-old girl's feet while she slept.

NYPD Police Commissioner Dermot Shea slammed 'the failed policy' that allowed Wilson to be on the streets on Friday. Shea has been a vocal opponent of New York City's bail reform since it was enacted.

He tweeted: 'A 10 year old girl traumatized and we are again left to pick up the pieces for a failed policy. How long must we wait? How many victims must suffer? Over and over NY'ers ask, 'How can they be released?' ……and there is no logical answer.'

Police say the assault happened on June 12 when Wilson allegedly got into the young girl's home at 1 am while she and her younger sister were home alone sleeping.

'The victim felt something slimy on her feet and noticed the defendant was rubbing his penis against her toes,' said Assistant District Attorney Meghan McNulty. 'The victim screamed for her parents, but nobody was home except her younger sister, who was sleeping in another room.'

The disturbed man quickly redressed and fled the scene once the young girl woke up screaming. The terrified girl stared at the bedroom door for 15-20 minutes, worried that the guy might return, before calling her mother.

Police later released surveillance images of the suspect and asked for the public's help identifying him. He left a cigarette lighter and a camera lens at the scene and stole a bicycle from the building hallway which he rode away on.

Wilson fled the scene before officers arrived but was later connected to the crime from DNA from a stain left on the young girl's duvet cover. When police recovered his DNA and ran his name they realized he was also being sought for additional burglaries.

The serial burglar and sexual assailant was arrested and jailed this week on $500,000 cash bail or $750,000 bond at a hearing in Manhattan Criminal Court on Thursday.

'I think he faces a significant period of incarceration.'

Wilson's recent prior arrests include at least six burglaries, plus arrests on four successive days in May for lesser offenses since November. He was repeatedly released with no bail sometimes with no conditions, other times under terms of supervisory release such as addiction treatment or job training.

A spokeswoman for Manhattan District Attorney Cy Vance Jr. acknowledged bail was not sought in a number of cases where prosecutors had the option to do so, according to the Daily News.

New state reform laws enacted in 2020 demand that suspects in a long list of crimes go free without having to post bail. Shea has blamed New York's sharp rise in crime on New York's new bail reform laws. On July 7, Shea pointed to the sweeping bail reform measures when asked about the city's surge in crime.

'I think you've got to get uncomfortable here, and the uncomfortable conversation for a lot of people is we have to address that law that was passed in 2019, and the implications that we're feeling today' referring to the bail reform.

In February the Mayor's Office of Criminal Justice released a report showing that, 97%, of the roughly 50,000 people awaiting trial monthly in 2020 haven't been re-arrested. While Judges have increasingly used supervised released as an alternative to jail, this trend existed before New York City reformed bail laws and continued afterward.

A New York Post analysis of NYPD's crime statistics data found that most people released under the criminal justice reforms were not connected to the surge of violent crimes. Criminal justice experts suggest that the cops focus on the flow of illegal guns into the city instead which the White House has announced plans to do.

Posted by William McGowan at 1:28 PM