If You Still Think COVID-19 Couldn't Have Come From a Lab Leak In Wuhan, Maybe You're Bats! 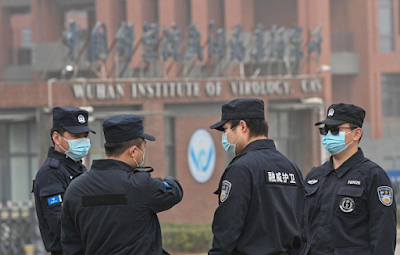 Opinion on the lab leak scenario, once seen as a fringe theory, has shifted dramatically, Politico reports, citing a new Harvard Poll which surveyed 1,009 adults from June 22-27. “Most Americans now believe that the coronavirus leaked from a laboratory in China,” the magazine explains, noting “a high level of public interest in investigating Covid-19’s origin, with almost two-thirds of Democrats and Republicans calling the issue “extremely” or “very” important.

U.S. adults were almost twice as likely to say the virus was the result of a lab leak in China than human contact with an infected animal, which many scientists believe is the most likely scenario.

The poll's findings show what was once a fringe belief held mainly among some on the political right has become accepted by most Republicans, as well as most Democrats, amid heightened scrutiny of the lab leak theory.

In March 2020, a Pew Research Center poll found 29 percent of Americans believed the virus was made in a Chinese lab and released either accidentally or intentionally.

The new survey shows 52 percent believe the virus came out of a lab, including 59 percent of Republicans and 52 percent of Democrats, while 28 percent said it was from an infected animal.

The absence of a large partisan gap on the issue is particularly striking, said Robert Blendon, a professor of health policy and political analysis at the Harvard T.H. Chan School of Public Health who designed the poll.

“Usually, our polls find a big split between Republicans and Democrats, so this is unique,” he said. “More conservative media have been carrying the ‘lab leak’ issue, and it’s been a Trump talking point from the beginning, so we expected people who lean Democratic would say either ‘It’s not true’ or ‘I don’t know.’ But the belief is bipartisan.”

Blendon said Democrats likely became more receptive to the idea after President Joe Biden’s recent order that intelligence agencies investigate the virus’ origin and comments from Anthony Fauci, the White House chief medical officer, that it's worth digging into.

Fauci and other scientists have cautioned the answer may never be known definitively.

“That the president thought there was enough evidence to ask intelligence agencies to put together a report sends a signal to Democrats that there might be something there,” Blendon said.

Democratic lawmakers have also faced pressure to look more closely at the lab leak scenario, though they worry Republicans will stoke uncertainty about the virus origin for political gain. Several congressional committees have launched inquiries, and the House Science Committee plans to hold its first hearing on the issue next week.

The POLITICO-Harvard poll, which will be released next week, also found there’s a high level of public interest in investigating Covid-19’s origin, with almost two-thirds of Democrats and Republicans calling the issue “extremely” or “very” important. The finding also surprised Blendon, who said the public isn’t typically invested in such a scientific inquiry.

The broad attention on the issue underscores the stakes for the Biden administration’s upcoming report on the virus origin, due in August. Even if the report concludes the virus came from nature, it could be hard to move public opinion, lawmakers and researchers like Blendon have noted. 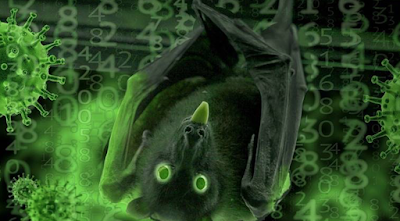 Posted by William McGowan at 12:49 PM