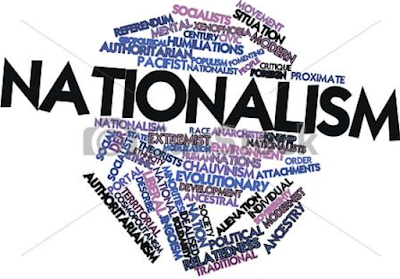 This year of Trump has seen a lot of dumb things said and written by a lot of otherwise very smart people whose historical imaginations seem to be stuck in dystopic overdrive.

The darkest scenario is the one holding that the US is at some kind of Weimar tipping point, that Trump is Adolph Hitler and that the resentment and racial nationalism of the white working class is the equivalent of the unstable Volk who embraced fascist demagoguery as a way of restoring lost national greatness in the wake of World War I’s humiliations and the ravages of Great Depression.

Indeed, 2016 is shaping up as a year where the ghosts of fascism past stalk the land. Alarms are coming from all corners, as much from overwrought popular comedians such as Louie C.K. as from hysterical pundits at such otherwise serious publications as the New York Times, the Washington Post and the New Yorker. The tendency to see such specters seems to be a function of too much time spent in the newsrooms and editorial offices among insular, like-minded colleagues and not enough time spent among ordinary Americans with a more grounded sensibility, and who have also watched as their working and middle class versions of the American Dream come apart. More than disconnection there is an active, even aggressive lack of compassion, a fecklessness that seems to be a function of cultural chauvinism as much as class condescension.

Valid grievances based on economic inequality “have turned poisonous and welcomed intolerance and untruth into their orbit,” writes Atlantic editor and Brookings fellow Leon Wieseltier in the Washington Post, in language that previewed Hillary Clinton’s now-infamous “basket of deplorables” remark. “Outrage, a fine political emotion, has degenerated into resentment and hatred” among those that Wieseltier refers to as “despairing and deluded millions.”

There were a number of columnists and commentators who thought the fascist allusion was overwrought and that it would be better if journalists and pundits looked beyond the smears to see that social and economic forces were really driving the Trump juggernaut.

The Times’ Ross Douthat argued that “freaking out over ‘Trump-the fascist’ was a good way for the political class to ignore the legitimate reasons he’s gotten this far — the deep disaffection with the Republican Party’s economic policies among working- class conservatives, the reasonable skepticism about the bipartisan consensus favoring ever more mass low-skilled immigration, the accurate sense that the American elite has misgoverned the country at home and abroad.”
If Republicans don’t want Trump the phenomenon to turn into an actual movement, if they don’t want the intimations of fascism in his appeal to cohere into something programmatically dangerous, then tarring his supporters with the brush of Mussolini and Der Führer right now seems like a shortsighted step — a way to repress the problem rather than dealing with it, to dismiss discontents and have them return, stronger and deadlier, further down the road.
Another example of successfully resisting facile historical comparisons was a recent piece by Navy War College scholar Andrew Michta in The American Interest. AI is an odd place to find a piece like this, as it is generally considered a neoconservative publication, and Trump has had a particularly deranging effect on the group of journalists, think-tankers and policy wonks that make up that community. But Michta’s essay, titled “A Wake Up Call For Western Elites,” is a serious and incisive dissection of the problem of elite leadership and policy failure, in the US and in Europe that has fed this populist moment that eschews the reflexive linkage between nationalism and fascism that so many American pundits make. The essay very thoughtfully suggests that nationalism can be compatible with the liberal-minded tents of globalism and cosmopolitanism, as long as elites acknowledge that immigration and other drivers of multicultural change have to be harmonized with notions of national community and with popular notions of sovereignty rooted in respect for tradition and for borders. “Latter-day peasants on both sides of the ocean are rising up, pitchforks in hand, against an increasingly denationalized aristocracy,” Michta contends, “Rebellion is stirring in the West, and maybe that’s not a bad thing.”

Like all incipient movements, this new nationalist awakening has its low points, and its spokesmen and spokeswomen can be clumsy, clownish, and downright rude; however, the public sentiment behind it deserves a hearing not because we like it or dislike it, but because it is reshaping our societies. And most of all, the latter-day peasants have shown that they will not stand for being ignored.
Posted by William McGowan at 10:29 AM No comments: