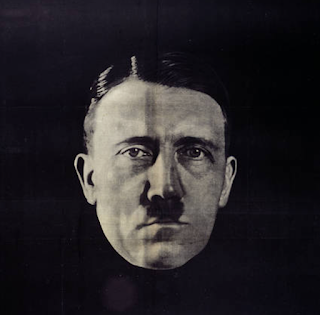 Sorrows of Woke: How 'Resistance Journalism' Might Re-Elect Trump 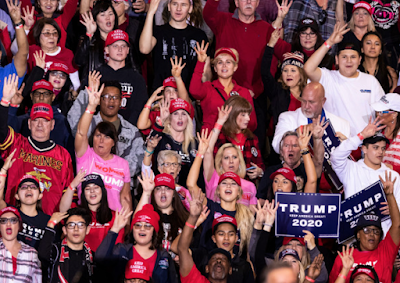 "Why Trump’s Negative Press Spurs Millions To Like Him Even More," by Augustus Howard, New York Post September 19, 2020

The Covid-19 economy being what it is, a lot of people are between jobs these days. New York Post contributor Augustus Howard seems to be between advanced degrees; it’s as if he’s a one-man credentialism convention. A William College graduate, Howard went on to get a masters from  Cambridge University, a law degree from Duke, and now a Cambridge PhD, punctuated somewhere along the line with a federal appellate court clerkship.

But all that fancy book learnin’ hasn’t stopped him from developing a very grounded and incisive understanding of the politics of backlash operating in the 2020 Trump Biden race---and the media’s role in stoking it. Trump has kept a step ahead of the hounds baying behind not in spite of the media onslaught against him but because of it. Writes Howard:

With Election Day in sight, the mainstream media is reaching a fever pitch in its quest to malign, discredit and defeat Donald Trump. The media’s disinformation campaign against Trump, however, may not be achieving the desired results. Joe Biden maintains a lead in public polls, but according to the Real Clear Politics polling averages, the gap is closing both nationally and in battleground states. Evidence of enthusiasm on the ground is also real: Thousands are again attending MAGA rallies, as Trump takes Air Force One on a “whistle-stop” tour of the country.

One can almost hear the collective gasp from establishment-media quarters: Can this really be happening again? Won’t any of our Devastating Reporting ever catch up with the Donald?

In fact, Trump has succeeded — and will likely continue to succeed — not in spite of the media campaign against him, but, at least in part, because of it. Voters have grown wise to the media agenda, and recognize stories crafted to fit a certain mold rather than to follow the facts. They know what a smear looks like, and they don’t like it. At the same time, the ceaseless onslaught has made Trump a permanent underdog. And Americans identify with and cheer for underdogs — an aspect of the national psyche that media and political elites, detached as they are, forget.

Understood in this light, one can see why negative Trump coverage may boomerang, including recent “bombshells” from The Atlantic magazine and Bob Woodward. Citing unnamed sources, The Atlantic claimed that Trump ridiculed American soldiers killed in war. The story, however, was soon undermined by reality. None of its sources came forward. Officials who did come forward — including former National Security Adviser John Bolton, a noted Trump critic — contradicted the account. Voters were left to wonder: Is The Atlantic more interested in harming Trump, particularly with his military supporters, than it is in the truth?

As for Woodward, who taped hours of interviews with Trump for the book “Rage,” almost any statement can be grounds for scandal. Speaking to Woodward on March 19, the president said of the novel coronavirus: “I wanted to always play it down. I still like playing it down, because I don’t want to create a panic.” On “60 Minutes,” Woodward, clearly eager to use the vocabulary of Watergate, suggested Trump was “going down the path of deceit and cover-up.” But attentive observers at the time intuited the president’s strategy — the fact that he wanted to take decisive action against the virus while instilling calm in the nation. Where Woodward sees a tragic cover-up, others will find a common-sense approach to an unfolding crisis, and leadership in the context of often conflicting scientific information.

While the Trump-bashing stories continue to mount, so, also, do Trump’s accomplishments. On Sept. 15, voters watched the signing of the Abraham Accords at the White House: agreements, facilitated by the Trump administration, that normalize and improve ties between Israel and two Persian Gulf states — the United Arab Emirates and Bahrain. Democrats and the mainstream media may dismiss the importance of these historic pacts — legitimate steps toward peace in the Middle East — but the American people won’t.

Nor will they disregard a stock market recovery, good news that a vaccine is likely near, or the president’s pressure on obstinate Democrat leaders to conclude another coronavirus relief bill. Trump’s record of action plainly belies his media coverage.

Many Americans see through the negative reporting and agenda-driven commentary. Lacking elite connections and influence, many voters also know, from their own lives, how it feels to be on the wrong side of power — as when their jobs were offshored, or when their businesses were kept closed by the same governmental elites who endorsed non-socially distanced mass protests during the pandemic.

These voters know, in other words, what it feels like to be the underdog, to go up against the establishment. They relate to their president.

It has been said before: Americans root for underdogs. Unfortunately for the nation’s media and political elites, they vote for them, too.

Posted by William McGowan at 1:27 PM No comments: 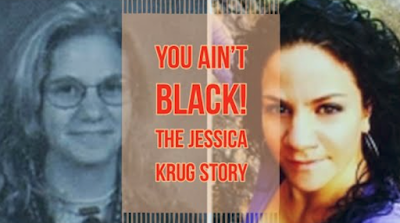 The blog post stated that Krug is actually a white, Jewish woman from the Midwest, who for years has "assumed identities within a Blackness that I had no right to claim: first North African Blackness, then US rooted Blackness, then Caribbean rooted Bronx Blackness."
Krug's apparent fabrications garnered swift criticism from the academic community. Krug worked in GWU's history department, focusing on politics and cultural practices in Africa and the African diaspora. GWU said in an email to the university community on Wednesday afternoon that her resignation is effective immediately.
"Her classes for this semester will be taught by other faculty members, and students in those courses will receive additional information this week," the university said. It encouraged students, faculty and staff impacted by the incident to seek support.
"We hope that with this update our community can begin to heal and move forward," the GWU statement read.
Krug has not responded to NPR requests for comment about her resignation or whether she actually wrote the blog post. However, it's worth noting that she has not publicly distanced herself from the post since it was published on Sept. 3.
A day after the post was released, GWU said Krug "would not be teaching her classes this semester" while it reviewed the situation.

The post predicted that her apparent confession would cause pain: "People have fought together with me and have fought for me, and my continued appropriation of a Black Caribbean identity is not only, in the starkest terms, wrong — unethical, immoral, anti-Black, colonial — but it means that every step I've taken has gaslighted those whom I love."
"I am not a culture vulture. I am a culture leech," the writer said, adding that mental health issues probably contribute to why she assumed a false identity.
Some members of the academic community have demanded more than Krug's resignation. Yomaira Figueroa, an assistant professor of global diaspora studies at Michigan State University, told NPR last week that she thinks Krug "took up some of the very few — very few — resources and spaces that there are available to Black and Latino scholars and use those to her advantage."

"There absolutely has to be a form of restitution for the things that she took. It's egregious," Figueroa added.
Lisa Betty, a doctoral candidate at Fordham University, echoed that call in a blog post. "Krug took up space, opportunity, time, and money. I call for reparations."

Posted by William McGowan at 10:10 AM No comments: