Annals Of Orwell: NBC News & Google Team Up To Deplatform 'The Federalist' For Honesty On Looting, Rioting & Woke White Delerium

Is looting a racial trope to be avoided because it encourages unhealthy stereotypes about “vulnerable and underrepresented groups?” Or is it a racially-inflected reality that merely makes woke newsrooms uncomfortable---and gives the lie to media narratives about “peaceful” protests? Judging from NBC News’s efforts to get Google to demonetize the conservative website the Federalist for the journalistic sin of accurately reporting on the looting across the country during last week’s George Floyd riots, it’s the latter. Here’s the Federalist’s reporting & commentary on the looting. Below is a description from today’s Wall Street Journal, written by the Federalist’s co-founders on how NBC News’ “Verification Department” teamed up with Google and the Center for Countering Digital Hate, a British anti hate website to act the censor. And how NBC compounded that bit of intellectual reprehensibility by reporting inaccurately on the whole sorry affair before walking back its initial report.

NBC News attempted this week to use the power of Google to cancel our publication, the Federalist. The effort failed, but it should serve as a warning about the unchecked power of big tech companies, particularly when they can be manipulated by partisans, including partisan journalists.

On Monday we received a request for comment through our general media email account from NBC reporter Adele-Momoko Fraser. The message asserted that Google had demonetized our site—preventing us from earning money through Google ads—for violating its rules.
On Tuesday, NBC published an article claiming that Google had made a formal decision to demonetize the Federalist, that we had been formally warned that we were in violation, and that our content—specifically, articles criticizing the Black Lives Matter movement and media coverage of recent riots—was a violation of Google’s rules.
Google subsequently sent a statement to NBC saying all these claims were false. The network updated but hasn’t retracted the story. Ms. Fraser, who works for an NBC division with the Orwellian name “Verification Center,” tweeted her story and expressing thanks for the “hard work and collaboration” of a London-based advocacy group, the Center for Countering Digital Hate, which promptly issued a fundraising appeal based on its purported deplatforming of a conservative media organization.
Whatever the network or the center knew about Google and the Federalist, it was more than Google told us. Google never formally notified us that we had run afoul of any of its rules. Only when we sought guidance from Google about the NBC News story were we told that our comments section—which is run by a third party and isn’t monitored or moderated by us—violated its policies. We asked if adjusting the comments section would address the alleged rule violation and were told that it would. For now our comment section doesn’t appear on our site. We intend to bring it back.
NBC News colluded with a foreign left-wing group in an attempt to destroy us because it disagrees with our political commentary and media criticism. The episode illustrates how dangerous the combination of partisan media and monopolistic tech companies is to America. We survived the attack because our organization is well-known.
This is only the latest example of media outlets using social-media platforms to attack and destroy Americans who don’t kowtow to left-wing orthodoxy. Ask Brendan Eich, who was fired from a Silicon Valley job in 2014 for contributing to a referendum against same-sex marriage six years earlier, or Nicholas Sandmann, who at age 16 was labeled a bigot by journalists for CNN and other outlets for attending a pro-life rally in D.C. and politely staying silent while an adult berated him and his classmates.
These attacks target not only individuals but free speech itself.

Posted by William McGowan at 3:49 PM No comments:

Sorrows of Woke: Extraordinary Popular Delusions & The Madness of Crowds 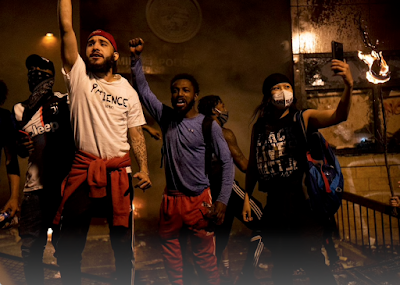 From Extraordinary Popular Delusions & The Madness of Crowds, by Charles MacKay, 1841

Men, it has been well said, think in herds; it will be seen that they go Like mad in herds, while they only recover their senses slowly, and one by one.

We find that whole communities suddenly fix their minds upon one Like object, and go mad in its pursuit; that millions of people become simultaneously impressed with one delusion, and run after it, till their attention is caught by some new folly more captivating than the first.

During seasons of great pestilence men have often believed the Like prophecies of crazed fanatics, that the end of the world was come.

Credulity is always greatest in times of calamity. Prophecies of all sorts are rife on such occasions, and are readily believed, whether for good or evil. During the great plague, which ravaged all Europe, between the years 1345 and 1350, it was generally considered that the end of the world was at hand.

Thus did they nurse their folly, as the good wife of Tam O’Shanter did Like her wrath, “to keep it warm.”


Nations, like individuals, cannot become desperate gamblers with Like impunity. Punishment is sure to overtake them sooner or later.

Posted by William McGowan at 8:35 AM No comments: 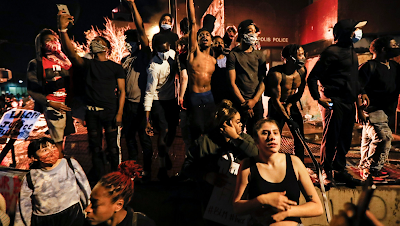 Posted by William McGowan at 7:30 AM No comments: