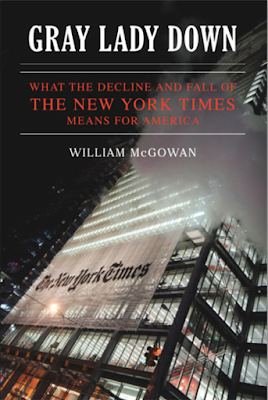 A tough-minded but judicious critique of how the Times has declined under the Baby Boom leadership of publisher Arthur Sulzberger Jr. --- Miami Herald
Posted by William McGowan at 8:56 AM No comments: