Jewish Survivors Use Holocaust Card vs. Elie Wiesel For Supporting Israeli Gaza ‘Massacre.’ Condemn US For Financial & Diplomatic Backing And Call For ‘Full’ Boycott Of Israel 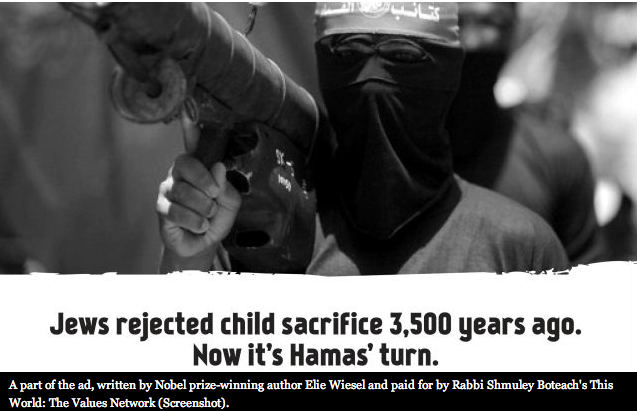 It’ll be interesting to see if pro Israel spinners can find a way to blame this on the deep and ineradicable anti Semitism that they contend is hiding behind much of the world’s humanitarian concerns for Gazan civilians as well as demands that Israel be investigated for war crimes. I think they just got hoisted by the own fraying petard.
Posted by William McGowan at 10:43 AM