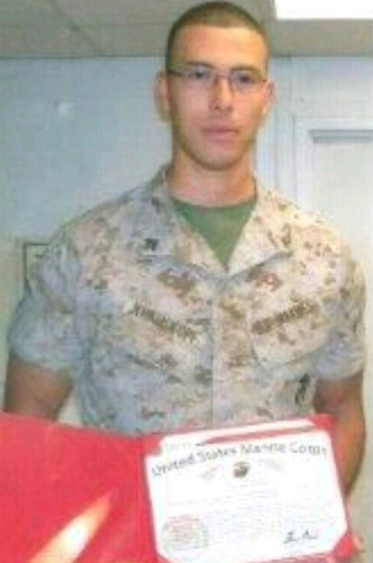 If one of the issues at the core of the Israeli-Palestinian conflict is unresolved borders, the principal problem at the heart of the US-Israeli “special relationship” is one of boundaries---as in boundary issues.

This certain seems to the case with young American Jews flocking to serve in the IDF and the almost uniformly positive response such “patriotic” gestures have gotten in the mainstream press, which seems to have decided that traditional notions of citizenship are outdated in a post-national world.

Once the Gaza pace slows I’ll be going into some of the problems that dual nationality imposes on the "special relationship" ---dual loyalty not being the least of them. In the meantime, here’s a great example of the confusion that dual US-Israeli citizenship can create vis a vis military service, which is voluntary in the US but compulsory in Israel. The Israeli English language news site Ynet  has the story of David Krauskopf, a 25 year  decorated former US Marine who is also a dual US-Israeli citizen who was jailed when he arrived in Israel this month on charges of dodging the Israeli draft.

In fact, Krauskopf had gone to Israel to volunteer in support of his brother who is currently serving in the IDF. According to Ynet, the fact that Krauskopf was still serving in the US Marine reserves cut no ice in the eyes of Israeli military, although one military justice cited by Ynet indicated that the case would ultimately be resolved by diplomats and not by Israeli military courts. In the meantime, Krauskopf remains in custody.

According to Krauskopf’s lawyer, “It’s unthinkable that military service in the US, which is our greatest ally, is not recognized in Israel.”

Lest Krauskopf argues that he is being "singled out," which Israel as a nation is always very sensitive about (even more so now as Gaza war crimes charges loom), Ynet also reports that the IDF is hunting down nearly 5000 IDf deserters and home-grown Israeli draft dodgers. The problem is that they don't have enough jail space to house them all.

Which makes the jailing of Krauskopf even more absurd. What's that old military acronym, FUBAR? Is there a Hebrew translation?
Posted by William McGowan at 3:23 PM