Has The IDF Invoked The Covert --- And Controversial --- 'Hannibal Doctrine' On Abducted Israeli Soldier, Killing Him To Deny Hamas A Strategic Pawn? 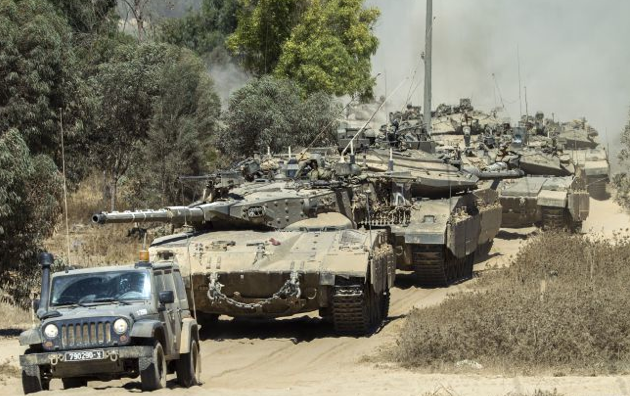 The capture of 24 year old Israeli soldier Hadar Goldin has brought attention---unwanted for sure---to the existence of the “Hannibal Directive,” a covert, unwritten IDF order which allows IDF commanders to take any action to foil an abduction, even if it means endangering the life of the captive, or inflicting casualties on civilians in the area. The Hannibal Directive is the focus of the most absolute Israeli military censorship, which is why the New York Times and other news organizations with bureaus in Israel have been informed they are not to report on it. According to the Times today:

After the initial publication of this article, the military’s censor informed The New York Times that further information related to the soldier would have to be submitted for prior review. Journalists for foreign news organizations must agree in writing to the military censorship system to work in Israel. This was the first censorship notification The Times had received in more than two years.

The International Business Times (UK) and Richard Stevenson offer some background, reporting that "Hannibal" has already been invoked in the current round of Gaza fighting lat week, in the death of an Israeli sergeant. The Hannibal Directive takes its name from the Carthaginian general who took poison rather than fall into the hands of his Roman enemies. It is based on the view that a solider is better dead than captured by the enemy and used as a pawn, as was Israeli soldier Giliad Shalit held for five years by Hamas before being released in 2011.

As Silverstein explains:
The order allows commanders to take whatever action is necessary, including endangering the life of an abducted soldier, to foil the abduction…
As happens so often in these cases, an IDF commander instrumental in drafting the order denied the horrific logic of the directive and then offered an example of how he would proceed which only confirmed it:
In a rare interview by one of the authors of the directive, Yossi Peled…denied that it implied a blanket order to kill Israeli soldiers rather than let them be captured by enemy forces. The order only allowed the army to risk the life of a captured soldier, not to take it. “I wouldn’t drop a one-ton bomb on the vehicle, but I would hit it with a tank shell”, Peled was quoted saying. He added that he personally “would rather be shot than fall into Hizbullah captivity.”
In other words, the IDF will do almost everything in its power to prevent capture of its soldiers including killing him.  It might not put a bullet directly in his brain, but it would certainly shell a home or vehicle in which he was situated.
Silverstein captures the puzzlement:
Perhaps there’s a lingering bit of the liberal Zionist I once was here, but I’d always heard that Israel never leaves a soldier behind.  It does everything possible to bring all its troops home, and once captured does everything possible to retrieve or free them.
All this time I was sorely mistaken.  When all hope is lost of liberating the soldier from captivity, he dies.  What’s equally disturbing is that the existence of the directive is an open secret.  Commanders warn their soldiers that no one may be captured and that if you are you must commit suicide.  If you can’t do that, then they will do their best to kill you.  Perhaps they don’t articulate it precisely in those words, but that’s the clear intent.
So much for that "Purity Of Arms" doctrine.

UPDATE: In light of revelations about Hannibal, this CNN interview that Wolf Blitzer did with Israeli think-tanker Gershon Baskin just seems like a willing --and willful--- exercise in journalistic gullibility. Or the work of a poorly informed booker/producer. Pure hasbara/propaganda.

Posted by William McGowan at 2:08 PM