Annals Of Obsessive Overparenting---And Of A Changing America: Mom Takes The SAT Herself Seven Times To Inspire B-Student Son 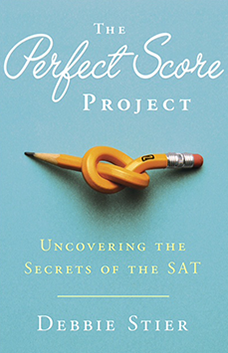 A couple of really obnoxious trends highlighted in this Atlantic excerpt of Debbie Stier's new book The Perfect Score Project: Uncovering the Secrets of the SAT. One is helicopter parenting runamok. Another is the ADHD overdiagnosis problem. A third, explored only implicitly, is how America has been overtaken by the same kind of Japanese -style hari-kari  hypercompetitiveness that we used to look at through a lens of cultural superiority not so long ago.

The world was different now, from when Stier was making her way into the world:

When I graduated from college, in 1989, unemployment had been falling sharply for six years straight, and the world was brimming with opportunity. Twenty years later, the land I would be sending my little tadpole into was a different place. At summer’s end, two years out from the Great Recession, millions were out of work and the news was filled with worry that we were heading into a double-dip recession or, worse, that we were already in one. That August, the economy created no new jobs at all. (The August zero was eventually revised upward to 104,000, still well below the number needed to absorb all the new high school and college graduates looking for their first jobs.) The days when you could la-di-dah your way out of Bennington, into the Radcliffe publishing course, as I did, and from there to a guaranteed starter job in the industry—a job, not an internship—were gone.

Mom definitely gets extra credit points, but I think she’s taking her anxiety for her son just a wee bit far. We may not be the same country that used to cheer Bob of the Church of the SubGenius when he declared that "There must be slack." But there’s gotta be a better way to motivate a kid. I just can’t for the life of me imagine my "Greatest Generation" mother or father doing anything remotely like this even if they were the types to engage in "stunt" journalism like this. What a truly bizarre thing to do. Could this be a hoax? I’d sure the Atlantic didn’t get pranked on this but I kinda hope they did. 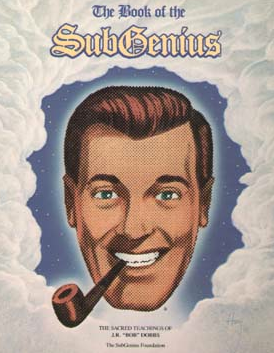 Posted by William McGowan at 3:00 PM