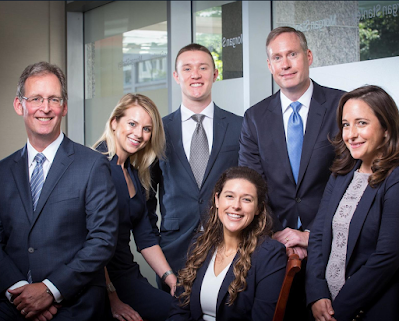 I send this with sadness and disappointment but please regard this email as notice that I am withdrawing from the settlement agreement I made through legal representatives for my brother Terrance McGowan, in conjunction Matt Moore, in June 2019.

This withdrawal stems from:

1/ Your client’s failure to follow through on certain key pledges he made in that agreement.

2/ The fact that the agreement was based on what turns out to erroneous financial information supplied to me and my 6 (six) siblings by your client in order to misinform, deceive, limit his financial exposure and manipulate family awareness & sentiment.

3/ That I was not represented by counsel at the time our stipulation negotiations took place.

4/ That I was the target of undue psychological and emotional abuse, as well as bullying, degrading insouciance, contempt, insult and fecklessness, during the whole course of dealings with your client on this matter, which was as damaging as it was shocking.

You should make your client aware that I reserve the right to pursue all rights and remedies available to me including all civil and criminal penalties in any and all relevant jurisdictions---county, state and federal.

Please also make your client aware that I reserve the right to pursue all institutional and journalistic avenues as well, specifically rejecting the notion of “controversy” as articulated in the now-voided stipulation, as an inappropriate infringement on First Amendment liberties tantamount to “prior restraint.”

In addition, please inform your client that it is my contention that he engaged in conduct that represents, at the very least, a significant violation of the Morgan Stanley Code of Ethics, as well as the ethics code maintained by Goldman, Sachs, where your client worked at the time of the covert sale of the family property in question. (This is referred to in the now-voided stipulation agreement as “Lot 22” in the Village of Croton-on Hudson, New York.)

At the center of these ethical codes, which your client surely knows from signing them, is the importance of acting with a sense of “propriety” at all times and in all dealings with clients, colleagues and the public, and to avoid all manners of “impropriety” up to and including anything that would even give the “appearance of impropriety.”

The Morgan Stanley code puts a particular emphasis on erring on the side of “Doing the Right Thing.” I’m absolutely sure this has very little to do with secretly selling family property, concealing that for NINE YEARS, and then taking refuge in legalisms, which were, and still are, spurious. As per these ethical lapses, I’m sure that if your client behaved toward a client in the same abusive, underhanded and manipulative way he acted toward me, he would be have been seriously chastised by Morgan Stanley and/ or Goldman Sachs and perhaps even terminated on violations of these firms’ ethics policies alone (apart from any and all criminal and civil transgressions.)

More importantly, it is my contention:

a/ That your client very likely committed Embezzlement or Attempted Embezzlement, depending on the jurisdiction evaluating the actions, in the amount of $70 K. This is considered a D Level Felony in NYS and also, quite obviously, a violation of the aforementioned 2021 Morgan Stanley Ethical Guidelines. (Whether your client’s partners at the time at Goldman Sachs---Tim Moore and Alyson Theobald Russ, who are now his current partners at Morgan Stanley---knew about the funds associated with this embezzlement is still to be determined.)

b/ That his refusal, despite numerous requests, to provide documentation of what bank and trading accounts that sum both “landed in” and travelled through (both at both Morgan Stanley and Goldman Sachs) over the many intervening years suggests that the $70K funds may have been invested in a significantly “up” market, post-October 2010, to multiply substantially. This, I would contend, compounds the illegality, the financial damages that were incurred and the ethical violations on your client’s part.

Instead, he chose to:

a/ Lie about the timing of the sale, providing shifting and contradictory explanations to various family members as to the reason why he went through with the sale at that particular time, why he chose not to alert the family to the fact that the land had in fact been sold and what in truth he did with the funds over NINE YEARS of concealment.

(In fact, on the evening of May 19, 2019, several hours after I discovered the land had been sold, I spoke to your client on the phone and asked if in fact he had sold the property, when he had sold it and why he had not informed me or any of my other siblings to that effect. To which he answered, as con men and criminals always seem to do: “Well, I don’t ever remember not telling you.” )

b/ Malign & gaslight me and manipulate family sentiment---all to avoid financial and ethical accountability and the just recovery of opportunity costs at the appropriate and lawful rate of interest at the time of, and subsequent to, the embezzlement over almost NINE YEARS of concealment, evasion, lying by omission and contempt.

The recession of 2008-2010 left me in very bad financial shape. Had your client acknowledged the property sale instead of concealing it AND had he disbursed funds directly associated with that sale in October 2010, I would have been spared a series of cascading financial events that I am still digging my  way out of today. There was also the matter of the interest rate your client insisted on, which was the Applicable Federated Rate, when a much more fair and just rate of interest over the NINE YEARS of concealment would have been more appropriate and ethical.

At one point in the NINE YEARS of concealment your client maintained (back in the winter of 2015, if memory serves) your client and I had lunch in the cafeteria of Goldman Sachs. It was one of at least 10 face-to-face encounters I had with your client between Oct 2010 and May 2019, including family weddings, funerals &ad hoc beer-and-burger get togethers, these last  several times on his invitation.

That lunch in 2015 was also one of my first visits to that Wall Street area since September 11, 2001 when I scrambled to get into Lower Manhattan as a volunteer first responder to assist emergency medical personnel at a triage unit near the Staten Island Ferry and later at Ground Zero itself. It was kind of unsettling and triggering being down in Lower Manhattan at all after that historic, traumatic event. But in hindsight, the lunch meeting with your client was even disturbing.

In fact, during this lunch meeting, as his fellow Goldman Sachs machers swirled around us, your client gave me an earnest lecture on retirement savings. This instruction on retirement savings coming while my money AND my family members’ money was jingling in his pocket, so to speak. Or compounding in value in his Goldman trading account at that time (moving, of course a few years later when your client and his partners transitioned to Morgan Stanley. )

In the time since I discovered the “family embezzlement” your client committed, I have read quite a bit on this subject. (This AARP article is a good introduction if you need one.) But I have not encountered an anecdote in print which was as revealing, as incriminating or as perverse as the in-person, face-to-face duplicity I experienced over lunch that day at Goldman Sachs. Saving for retirement. Indeed!

Posted by William McGowan at 5:52 PM No comments: