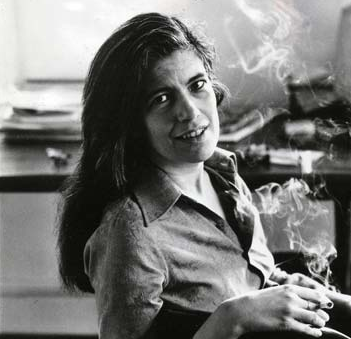 2014 is shaping up as an impressive year for 50th anniversaries: The Beatles on Ed Sullivan; The Ford Mustang; The Gulf of Tonkin Incident; Lyndon Johnson's War on Poverty; Sports Illustrated’s annual February swimsuit issue.

The 50th anniversary of Susan Sontag's
Notes On Camp has been less widely celebrated, though it's arguably just as culturally significant, maybe even more so. The essay appeared in the Partisan Review in February, 1964, establishing Sontag as a major literary and critical presence.

Camp functioned as a kind of underground cultural code for the gay community in the 1950's and 1960's, but hit the mainstream in the 1980's with the flood of pop cultural phenomenon celebrating irony and inauthenticity: David Letterman; Esquire's "Dubious Achievement Awards;" and other manifestations of the "So Bad, It's Good" school of transgressive banality. I published a piece of political anthropology in the Washington Monthly in 1986 which examined the relationship between the two modes of cultural discourse, how camp begat irony, and what cultural needs the two sensibilities answered.

Camp is still here, though almost always in a very self-conscious retro mode. Irony is still alive too, though in a much more muted form, the 1980's consumer abundance that it was predicated on now having given way to an economy offering markedly diminished opportunities.

And so we now have "twee," with its emphasis on the small and the precious, just the barest hint of irony to offset the saccharine and the nostalgic. Twee is everywhere; I don't think it's too much to call it the dominant sensibility of the Millennial Generation. In fact, you could call Millennials “The Twee Generation” or "Generation Twee."

Among scores of artifacts and examples, think Pinterest, GIFs, NPR's "Tiny Desk Concerts," Lena Dunham's Girls, the fuss over microaggressions, Twitter, Portlandia, cupcakes, ATMs for cupcakes (for chrissakes), selfies, YA fiction (and the adults who write and read it), personal emoticons, Virginia Heffernan, Don Lemon, yadda, yadda, yadda. The New York Times Magazine is practically the apotheosis of twee, with it's diminutive "One Page Magazine" and it's adorable "Who Made That?" column. Sometimes when I read it---scan it is more honest---I think I'm back in my old doctor's office, reading Highlights For Children. Except it's now Highlights For Adults, nominally speaking anyway.

I mean, really: "Who Made That Tricycle?" I’d give my entire collection of tacky postcards from the 1980’s to hear what Susan Sontag would make of that. 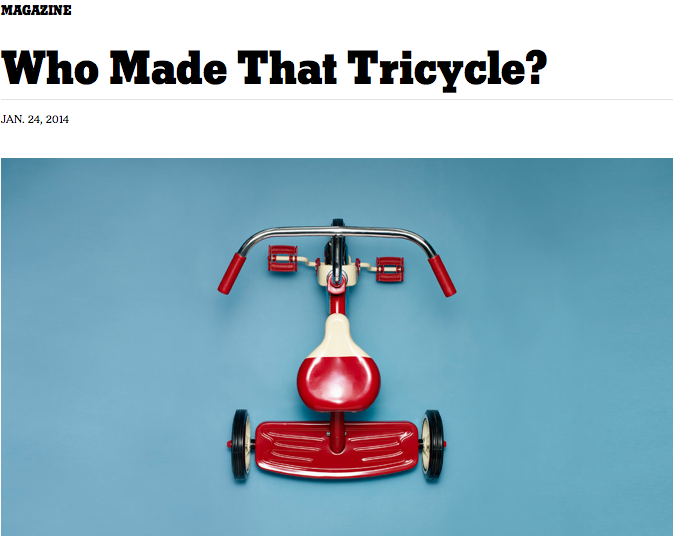 Posted by William McGowan at 12:06 PM