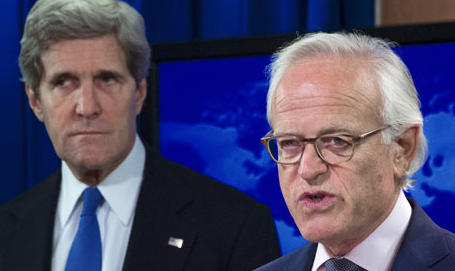 Newsflash 11:25 PM: Martin Indyk was just on Charlie Rose and told him that Obama "was prepared to commute the sentence of Jonathan Pollard." He made this assertion in the context of what various parties, including Obama, were prepared to do to secure forward momentum in the recent Israeli-Palestinian peace negotiations. These negotiations broke down in April, setting the state for the current Gaza conflagration. In appropriate diplomatic understatement, Indyk said the Pollard release wd have been "politically controversial."

There has been lots of speculation that the Obama admin had put the Pollard release forward for discussion, but I think this is the first real confirmation that Obama had actually committed to it.
Posted by William McGowan at 8:42 PM