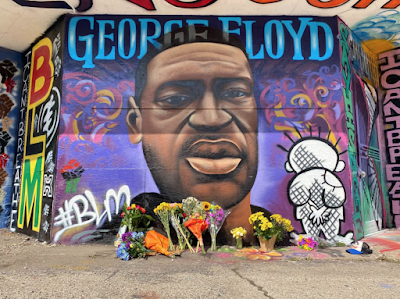 Here we go again: Manufacture. Rinse. Repeat.
Everyone knows the cycle. Everyone knows it ends with false and incomplete narratives eventually being debunked by actual facts. Everyone knows that the racial mythmakers and political opportunists end up with fame, wealth and glory — but never any criminal punishments or moral accountability.
Everyone knows, yet on and on and on it goes.
Step 1: Spread out-of-context video clip of Black man subdued or shot by white cops across national media airwaves and social media platforms.
Step 2: Riot.
Step 3: Accuse law enforcement and America of “systemic racism,” decry police brutality and demand “justice” for fill-in-the-blank “victim.”
Step 4: Riot.
Step 5. Enter Al Sharpton, Benjamin Crump, Black Lives Matter chief propagandist Shaun King, and the rest of the racial hoax crime brigade.
Step 6: Persecute and prosecute involved police officers.
Step 7: Burn, loot and maraud nationwide.
Step 8: Demand more funding for “restorative justice,” “alternative” policing, sensitivity training and “anti-racism” programs.
Step 9: Bury all evidence of justified police action while screaming, “Racism!” ever louder.
Step 10: Lie in wait for the next opportunity to return to Step 1.
I’ve been covering this self-destructive ritual in American life since the very beginning of my journalism career in 1992, when the Rodney King beating video led to the acquittal of four Los Angeles police department officers, which led to the L.A. riots (60 killed, 2,000 injured, $1 billion in damages, $700 million in federal aid), which led to a federal civil rights settlement for King worth $4 million and prison sentences for two of the cops despite their previous acquittals.
On Sunday night, Jacob Blake became the latest overnight cause celebre of the Black Lives Matter brigade. He’s black. The cops, captured on video shooting him in the back seven times after arriving at the scene of a domestic incident, were white. Like the cops in the Rodney King case, Kenosha, Wisconsin, officers were dealing with a career criminal who was young, strong and troubled. Blake’s name, age and neighborhood match court records of a Jacob Blake who had an outstanding warrant for misdemeanor criminal trespass, felony third-degree sexual assault and misdemeanor disorderly assault associated with domestic abuse charges. Like the cops in the Rodney King case, Kenosha cops were confronted with a suspect who brazenly resisted arrest. At least four officers can be seen trying to subdue him. Blake continues to evade arrest and climb into his vehicle, where his children were. At least seven shots rang out.
The rest is a re-re-re-re-re-repeat of social justice history.
“Hands up, don’t shoot” was the foundational lie of the Michael Brown fatal cop encounter, as even the Obama Justice Department was forced to acknowledge. The primary perpetrator of that deception? Benjamin Crump.
The Trayvon Martin hoax, as exposed by investigative documentarian Joel Gilbert, was built on an astonishing key prosecution witness switch-a-roo involving Martin’s real girlfriend, Brittany Diamond Eugene (who was on the phone with Martin before he assaulted George Zimmerman) and a ridiculous impostor, Rachael Jeantel, who was barely literate and apparently manipulated into coached testimony by none other than Benjamin Crump.
Three months after the death of George Floyd in Minnesota, we now know this career criminal — who robbed and beat a pregnant woman in a brutal home invasion — refused to comply with police officers from initial contact. He acted erratically, invoked common “please don’t shoot me” and “I can’t breathe” excuses before was put on the ground, lied about being claustrophobic and was told by one of his own passengers to stop resisting. We now also know that officers believed Floyd was on drugs and swallowed a fatal overdose of fentanyl, compounding his preexisting heart conditions and positive COVID results.
Benjamin Crump, who filed multimillion-dollar lawsuits against the city of Minneapolis on behalf of the Floyd family last month, is now also the lawyer for Jacob Blake.
BLM leaders say what’s left of Kenosha after the weekend’s riots will burn to the ground unless cops are fired and arrested. Al Sharpton, Shaun King, Alexandria Ocasio-Cortez, Ilhan Omar, Bernie Sanders, Joe Biden, Kamala Harris, Nancy Pelosi, Hillary Clinton, LeBron James, NASCAR race agitator Bubba (Fake Noose) Wallace, Cardi B and Demi Lovato all immediately piled on as well, demanding “justice” and condemning police instead of the perps.
I’m reminded of what a black activist in Phoenix confessed to a local news station in 2015 upon seeing what it’s like to be in an officer’s shoes. Jarrett Maupin ended up being shot point-blank by one suspect and shooting another in the chest when both ignored his orders in life-or-death use-of-force scenarios. Maupin’s takeaway?
“I didn’t understand how important compliance was, but after going through this, yeah, my attitude has changed. This is all unfolding in ten to fifteen seconds. People need to comply with the orders of law enforcement officers for their own safety.”
That is the plain, simple truth. All else is racial extortion and deceit. How to save America and end this vicious cycle of smoke, mirrors and ashes? Stop the lies.
Posted by William McGowan at 5:19 PM