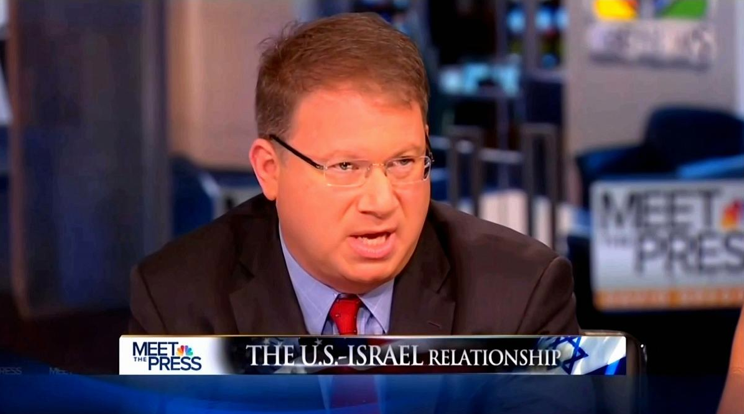 “Time is on David’s side. It’s semi-inevitable. He just has to keep doing what he’s doing, and continue to break new ground on the big stories of the week. In five to 10 years, we’ll be talking about him as the grand old man of Sunday morning.”


This was the Atlantic’s Jeffrey Goldberg, who has been a regular on Meet The Press, at least before David Gregory’s firing this week, swatting aside speculation that the MTP host was on the ropes at NBC News, as reported by Paul Farhi in the Washington Post back in April. Gregory didn't make out as well as Goldberg predicted. After years of abysmal ratings that saw MTP lose the sizable lead over its Sunday morning competitors that it has been bequeathed by the late Tim Russert, NBC announced late last week that it was replacing Gregory, who in turn announced he would be leaving the network altogether.


I didn’t address it at the time in the post I did on Gregory’s possible demise, but I recall thinking that it was somewhat journalistically inappropriate on Farhi’s part to give Goldberg the last word. I mean, Goldberg and Gregory are friends, fellow members in a Torah study group with several other leading media figures in Washington in fact. Goldberg owes his slot on the shows “Powerhouse Roundtable” to a large degree on that friendship.  What else is Goldberg supposed to say?


In hindsight, however, it only makes Goldberg look like a smug sycophant, and represents just one more item in a lengthening list where Goldberg has been wrong, both as a reporter and as a pundit--- the WMD’s he said Iraq has developed and possessed in 2002 and the Israeli air attack on Iranian nuclear facilities he said was imminent in 2010. (And let’s not even get into how wrong he’s been on the central thesis of the Israel Lobby, whose authors he’s been shamelessly and demagogically smearing as anti Semites since reviewing it for the New Republic in 2007. )


In the aftermath of Gaza and the limits to American leverage over Israeli politicians and military leaders that Gaza revealed, it is my deep sense that the US-Israel special relationship is seriously skewed, and that a rectification is in the offing, though it's going to take something even more scandalous than Gaza to bring that about. To the extent that someone like Jeffrey Goldberg is considered the “official therapist” of that special relationship, it would not surprise me that a demotion of some kind is part of that rectification. But I won’t make any predictions just now, even as the bill of particulars against Goldberg grows, just as the case against Israel’s "special" place in the American political system grows too. Exceptionalism, like a media career, can have an expiration date.
Posted by William McGowan at 1:51 PM