Just How Dumb Is 'The Atlantic's' David Frum? 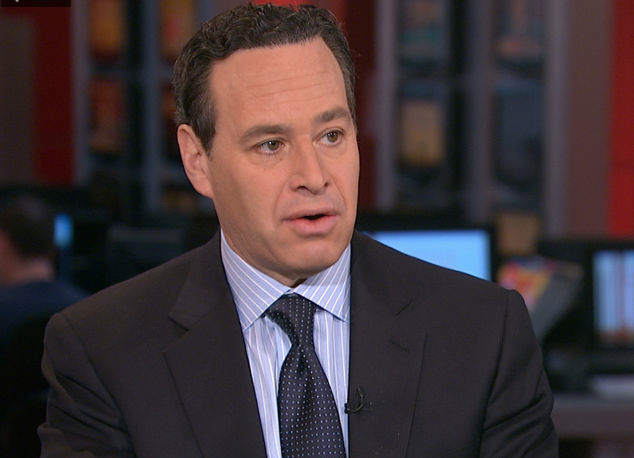 Pretty Damn Dumb---and arrogant about it too, at least judging from this evisceration of the noted neocon ideologue, former Bush speechwriter and recently hired Senior Editor at the Atlantic by Ali Gharib on LobeLog.com. Dumb as much for his long distance Twitter allegations that a New York Times photographer faked shots of civilian carnage in a Gaza hospital as dumb for the Twitter ‘friend” he said brought the allegedly doctored photos to his attention before Frum made the charges.  This "friend" in fact is a rather “obscure” blogger named Thomas Wictor who Gharib says refers to himself as “a failed music journalist,” and a “a failed novelist” as well as “a failed everything.”

As Gharib writes, Frum’s buddy Wictor is clearly not all there, admitting, right on his website bio page, to "post-traumatic stress disorder with secondary psychotic features, as well as the ‘brain fog’ caused by Meniere’s disease,” all of which foster memory lapses and dissociation. In fact, in one of his posts, Frum’s friend put up a photo of a cat he said “dematerialized” right in front of him.  I suspect that had Frum actually read all this before launching his professional slander against Sergey Ponomarev, the AP veteran and Times photo contributor in question, it might have given even a pro-Israel ideologue like him pause. Although I wouldn't say for sure unless I had actually done some reporting beforehand and asked Frum himself, as journalists are supposed to do.

Frum has since officially apologized, though not really, which itself became grist for the guffaw mill at Gawker. While the Atlantic editor copped to the unfairness of the false accusation he made---not once but eight times, in a series of tweets over the course of the last week in July---he still seems to insist that the overall ideological point those false charges were meant to serve. As Frum put it, citing another odd blog, Zombietime.com, militant groups like Hamas and Hezbollah have a historical pattern of practicing or encouraging such photo fakery and so his skepticism toward Ponomarev's work was not without some validity. "As anyone who follows news from the Middle East knows, there is a long history in the region of the use of faked or misattributed photographs as tools of propaganda," Frum explained.

In a subdued but clearly angry post, the Atlantic’s Jim Fallows took his new colleague Frum to task for the original offensive tweets and for the non-apology apology, citing Frum's lack of connection to the journalistic world and a lack of respect for what journalists in places like Gaza do. As someone who actually reported on and photographed ethnic and religious violence for several years in south Asia, seeing the blood and hearing the wails that Frum so glibly would invalidate, I identify, righteously:


For all their blind spots and flaws, reporters on the scene are trying to see, so they can tell, and the photographic and video reporters take greater risks than all the rest, since they must be closer to the action. For people on the other side of the world to casually assert that they're just making things up—this could and would drive them crazy. I'm sure that fakery has occurred. But the claim that it has is as serious as they come in journalism. It goes at our ultimate source of self- respect. As when saying that a doctor is deliberately misdiagnosing patients, that a pilot is drunk in the cockpit, that a lifeguard is purposely letting people drown, you might be right, but you had better be very, very sure before making the claim.

As he would point out quickly himself, David Frum is not of this part of the journalistic world. If he were, he would have known how grave an accusation he was making, and he would not have made it without being sure.

Fallows cited the experience of Atlantic editor James Bennet, and the witness he bore to the violence in Israel/Palestine while the New York Times correspondent a decade ago. He described a story Bennett filed after going into a morgue and examining the entry and exit wounds of dead Palestinian children killed by Israeli snipers, but who Israeli officials said were killed by militant explosives. Fallows applauded Bennet for emphasizing “the murkiness and unknowability of the situation as a whole,” though adding:

But he knows what he saw—the little bodies, the entry and exit wounds— and he tells us that directly, with the authority of a first-hand witness, with no “some people claim” equivocation. If someone 5,000 miles away would speculate, "You know, I bet a lot of this is fake," a reporter like Bennet could have replied: At some other times, a lot of it might be. But I was there, and you were not, and I am telling you what I saw. (For the record, I did not tell James Bennet that I planned to mention this article of his.)

But according to Gharib, Atlantic editor-in-chief James Bennet has not responded to at least one interview request. If Bennet does, I hope he might also answer the question of why the Atlantic felt the need to hire another pro Israel enthusiast, when it already has Jeffrey Goldberg on staff to put forward a rather biased pro-Israel view--- and to attack the integrity and honesty of journalists and scholars who don’t share his ethnocentric devotions, such as Stephen Walt and John Mearsheimer, Zbigniew Brzezinski, Robert Mackey, etc...  Can't the Atlantic find someone without a religious, ethnic or ideological "dog in the fight" to write about Israel? Fallows gets in a word or two edgewise here and there, but he does so in a way that makes you very aware he's doing so with the sensibilities of the Atlantic's owner, self-described "neo-con guy" David Bradley in mind. And Robert Wright, who used to give Bully Goldberg as good as he got from him, is MIA of late.

I don't mean to sound harsh, or biased myself. And let's bear in mind that we are talking about a series of tweets here from Frum, not a 10,000 word reported narrative or piece of analysis. But I'm just getting a bit tired of the ethnic insularity of the whole discourse, "the tribal thing" so to speak, which seems to be a bit "restricted," though in a sense very opposite of that word's historical meaning. I think that this insularity, much of it reflecting the armaments and assumptions of the very kind of "identity politics" that conservative intellectuals, many of them Jewish like Frum, have scorned when expressed by blacks, Latinos and Asians, has very much adversely affected the really frank and free debate we need about the "special relationship." That "special relationship" is taking us into undesirable places, evidence for which in Gaza Frum finds so easy to scoff at being only one case in point among scores. You would think that a magazine that rejected Walt and Mearsheimer's Israel Lobby piece after assigning it originally would take pains to avoid becoming an adjunct of that very lobby or being seen as such, but it would take an outsider's perspective to make the insiders aware of that.

For those who might actually want evidence of Frum's pro Israel thinking instead of a mere accusation of it, please see this little bit of Israel-centricity from his blog, which includes this self-description in the context of defending 2010 California Republican Senate hopeful Tom Campbell from accusations that he had a dubious record of supporting the Jewish state.

I am a national security voter, with a special concern for Israel. If I thought for a minute that Tom Campbell had a “national security problem” or an “Israel problem,” I would not care if he were the most brilliant mind in American politics, the most consistent free marketer in the entire state of California: I’d never support him.

The fact that Frum sees so much of the world through the lens of a political figure having an "Israel problem" is itself a problem---one that the Atlantic should do everything it can to ensure doesn't become more of its own problem than it already is. On Israel, Frum is a propagandist whose litmus test clearly put the interests of a foreign government over things that should matter more.

Posted by William McGowan at 2:09 PM