Israel Launches Ground Invasion of Gaza; Could Be Bloodier Than 2008 and 2012, Says CNN 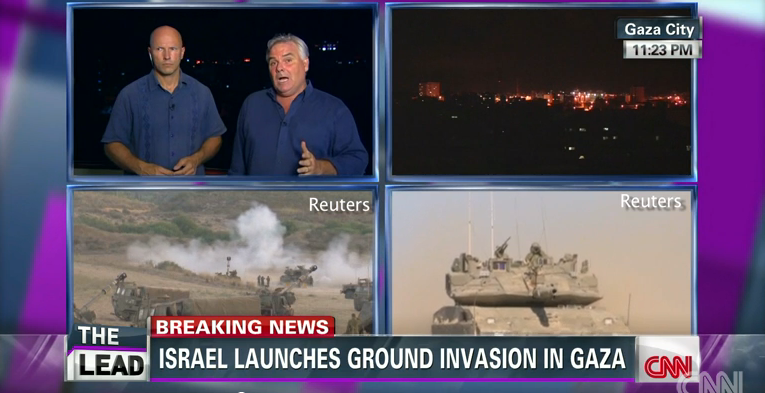 CNN's Ben Wederman tells Jake Tapper it could be "far bloodier" than Israel's last two Gaza operations. Christine Amanpour tells Anderson Cooper the operation will likely last "many, many, many months" and that past operations have resulted in "an unconscionable" number of casualties.

Here's today's daily NYT casualty count, which is just a bit lopsided. Most of the Gaza dead are civilians; a good proportion of them children. So much for the the IDF's much vaunted "Purity of Arms."  230-1? 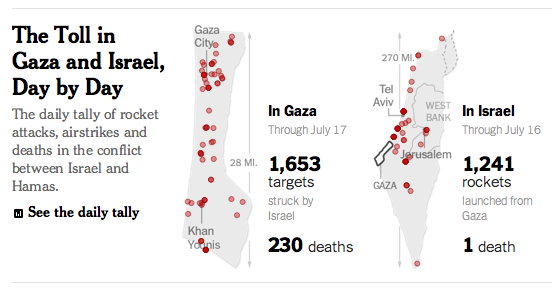 Update: Friday July 18: Here's an example of what we will be seeing a lot more of. Peter Beaumont of the Guardian, in Gaza, the morning after the ground invasion began: 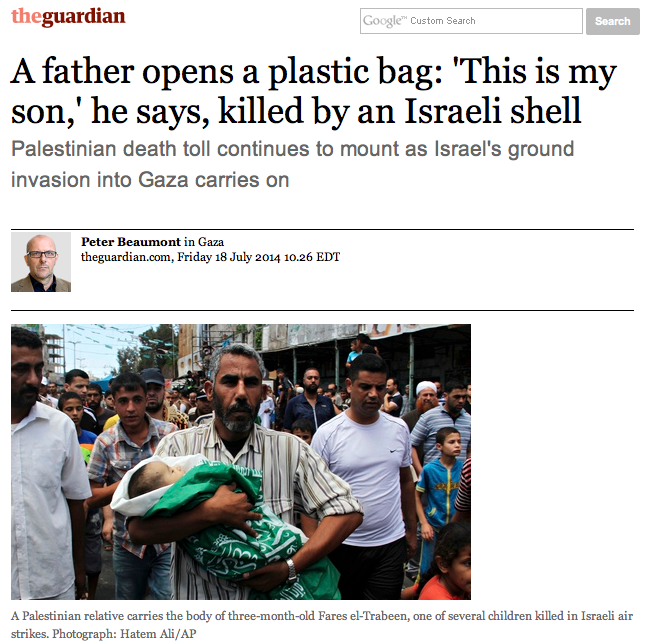 Salem Antez, 29, approached with a purple plastic bag and opened it, its contents terrible.


"This is my son," he said and nothing else, tears tracking down his face. Mohammad, another family member explained, was two. The other dead were Abed Ali, 24, and Mohammad Ibrahim, 13. Salem bent back to his task – his bag becoming a little heavier. "They hit us at 8.45pm," an uncle said. "We had just finished our Iftar meal and were gathered here for safety."
Posted by William McGowan at 3:00 PM