No Country For Young ‘Campesinos’: Why The Mexican Elite Finds Donald Trump’s Ideas On Illegal Immigration So Threatening 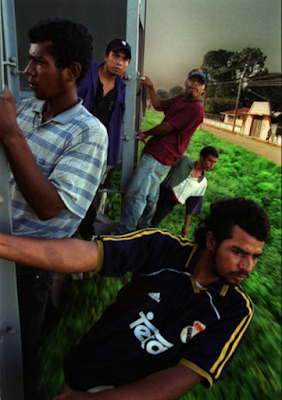 Donald Trump has had the Mexican political elite in a lather from the moment he announced his presidential campaign with a pledge to “build a wall” to thwart the rapists and drug dealers he said the Mexican government was “sending” across America’s southern border.

They were up in arms once again when Trump made a hastily scheduled visit to discuss bilateral issues with Mexican president Enrique Peña week before last. Mexican politicians uniformly demanded that the “Gringo go home,” as Trump was transformed into a piñata, both in the streets and online.

Victor Davis Hanson is a historian, a classicist, an author and a 5th generation California farmer whose book about cultural and demographic change in his home state, Mexifornia should be mandatory reading for anyone involved in immigration policy or reporting on it. Hanson had an excellent op-ed on Townhall.com that examined this elite Mexican resentment.

It has gone so far as to join lawsuits against individual American states to force relaxation of our border enforcement. Former Mexican President Felipe Calderon sharply criticized the United States for trying to "criminalize migration."

But Mexico does not practice what it preaches, Hanson notes, calling Mexico far from a “model of immigration tolerance” especially when it comes to the illegal Central American immigrants who try to crash its southern border. This hypocrisy is something that is “mostly ignored” he says, but “If the United States were to treat Mexican nationals in the same way that Mexico treats Central American nationals, there would be humanitarian outrage.” Writes Hanson:

Mexico has zero tolerance for illegal immigrants who seek to work inside Mexico, happen to break Mexican law or go on public assistance -- or any citizens who aid them.

In Mexico, legal immigration is aimed at privileging lawful arrivals with skill sets that aid the Mexican economy and, according to the country's immigration law, who have the "necessary funds for their sustenance" -- while denying entry to those who are not healthy or would upset the "equilibrium of the national demographics." Translated, that idea of demographic equilibrium apparently means that Mexico tries to withhold citizen status from those who do not look like Mexicans or have little skills to make money.

Until it passed reforms in 2011, Mexico had “among some of the most draconian immigration laws in the world.” Even now, as Mexico rages at Trump’s plan to build a wall, it is being chastised by its neighbor, Guatemala for building a fence along its southern border.

Hanson points out that what propels undocumented Mexicans across the US border is no longer “dismal economic growth and a shortage of jobs.”  In terms of the economy, “Mexico has rarely done better, and the United State rarely worse,” he says.

The Mexican unemployment rate is currently below 5 percent. North of the border it remains stuck at over 7 percent for the 53rd consecutive month of the Obama presidency. The American gross domestic product has been growing at a rate of less than 2 percent annually. In contrast, a booming Mexico almost doubled that in 2012, its GDP growing at a robust clip of nearly 4 percent.

“In truth,” Hanson writes, “Many thousands of Mexicans flee northward not necessarily because there are no jobs, or because they are starving at home. A recent United Nations study reports that “an estimated 70 percent of Mexico's citizens are overweight and suffer from the same problems of diet, health concerns and lack of exercise shared by other more affluent Western societies.”

The reason Mexico still exports so many of its citizens is that the government counts on its expatriate poor “to send back well over $20 billion in annual remittances -- currently the third-largest source of Mexican foreign exchange.”

Multibillion-dollar annual remittances from America fill a void that the Mexican government has created by not extending the sort of housing, education or welfare help to its own citizens that America provides to foreign residents.

America offers them far more upward mobility and social justice than does their own homeland. And for all the immigration rhetoric about race and class, millions of Mexicans vote with their feet to enjoy the far greater cultural tolerance found in the U.S.

Hanson says that Mexico’s indigenous people make up a large part of the most recent wave of Mexican arrivals. “Those who leave provinces like Oaxaca or Chiapas apparently find the English-speaking, multiracial U.S. a fairer place than the hierarchical and often racially stratified society of Mexico.” Hason doesn’t mention this but both of these provinces are socially and politically restive. In January 1994 Chiapas was convulsed by the Zapatista Uprising, led by the masked figure who came to be known as “Subcommander Marcos.” 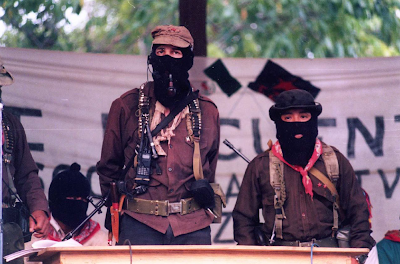 The outflow of largely illiterate and landless campesinos from Chiapas has represented a significant safety valve keeping social and political tensions from flaring. Many of these illiterate peasants crossed the US border with copies of a 2005 guide that the government published in the form of a comic book which explained "the best ways to cross illegally into, and stay within, the United States." 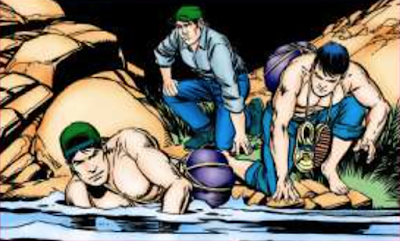 Signing off, Hanson observes that

Mexico has long been seen to view its own citizens in rather cynical terms as a valuable export commodity, akin to oil or food When they are young and healthy, Mexican expatriates are expected to scrimp, save and support their poorer relatives back in Mexico. When these Mexican expats are ill and aged, then the U.S should pick up the tab for their care.
The current problem for Mexico is that the U.S. might soon deal with illegal immigration in the way Mexico does. But for now, to the extent that Mexican citizens can potentially make, rather than cost, Mexico money, there is little reason for our southern neighbor to discourage its citizens from leaving the country -- by hook, crook or comic book. 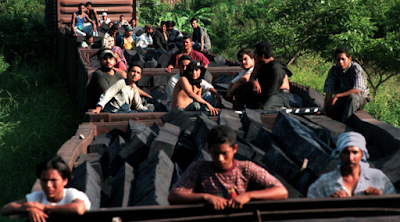 Posted by William McGowan at 10:30 AM